DERiVE: An international and multidisciplinary project

DERiVE is a unique partnership of scientists from three jurisdictions: 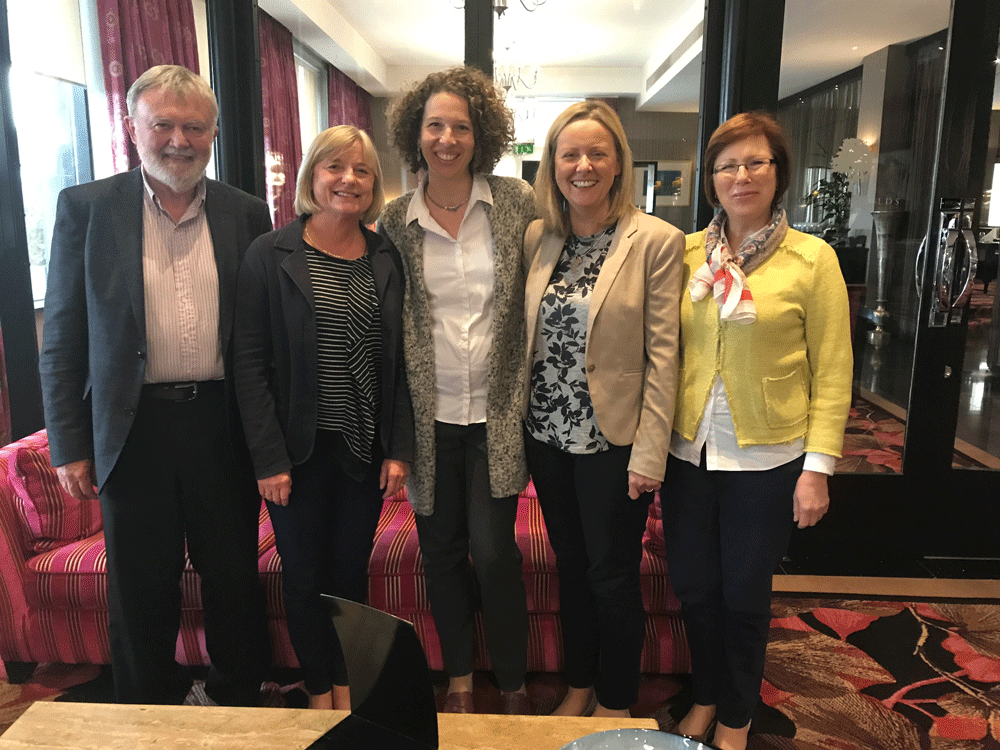 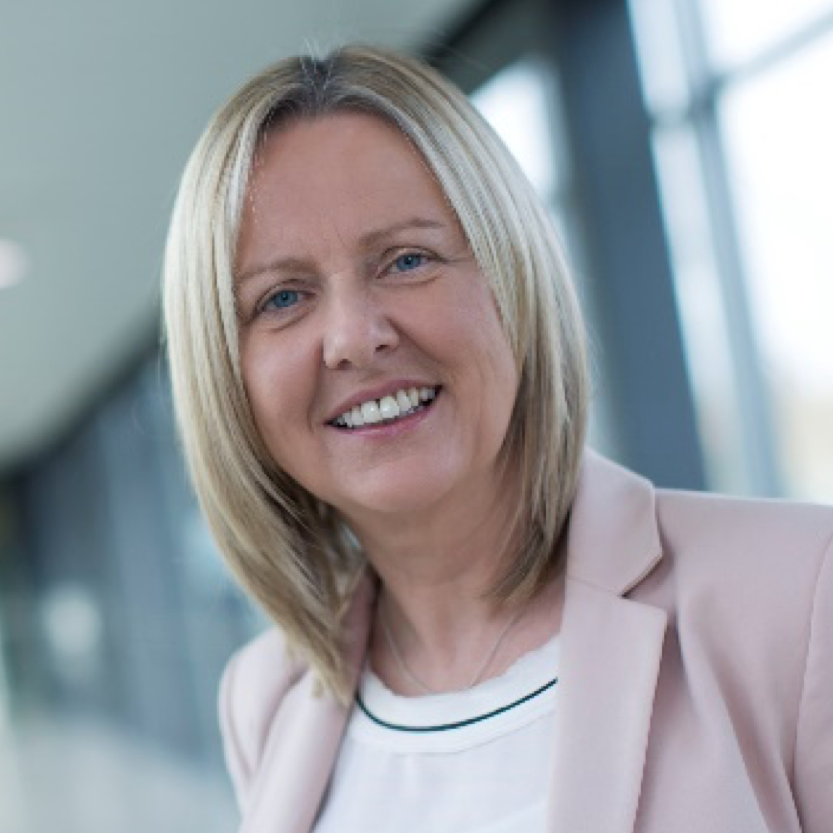 Mary Ward is a Professor of Nutrition and Dietetics at Ulster University and is the overall project co-ordinator for DERIVE. Her research at the Nutrition Innovation Centre for Food and Health (NICHE) is focused on B-vitamin metabolism where she has developed vast experience of conducting studies in human volunteers. A particular interest is the interaction between B-vitamins and a common polymorphism in the folate metabolising enzyme methylenetetrahydrofolate reductase (MTHFR) which has led to the novel discovery (Patent EP2139488) that vitamin B2 (riboflavin) appears to be an important modulator of BP in individuals with a genetic pre-disposition for hypertension.

She leads an active research program at Ulster, has published extensively in top-ranked journals across several disciplines and has attracted significant external funding from government agencies in the UK and Ireland, the EU, Charities and Industry. Mary is currently Deputy Director of the Wellcome Trust-Wolfson Northern Ireland Clinical Research Facility and is a member of the Strategic Advisory Committee of the Global Centre for Nutrition and Health in Cambridge. She was a previous Chair of the Nutrition Society (Irish) from 2009-2013. 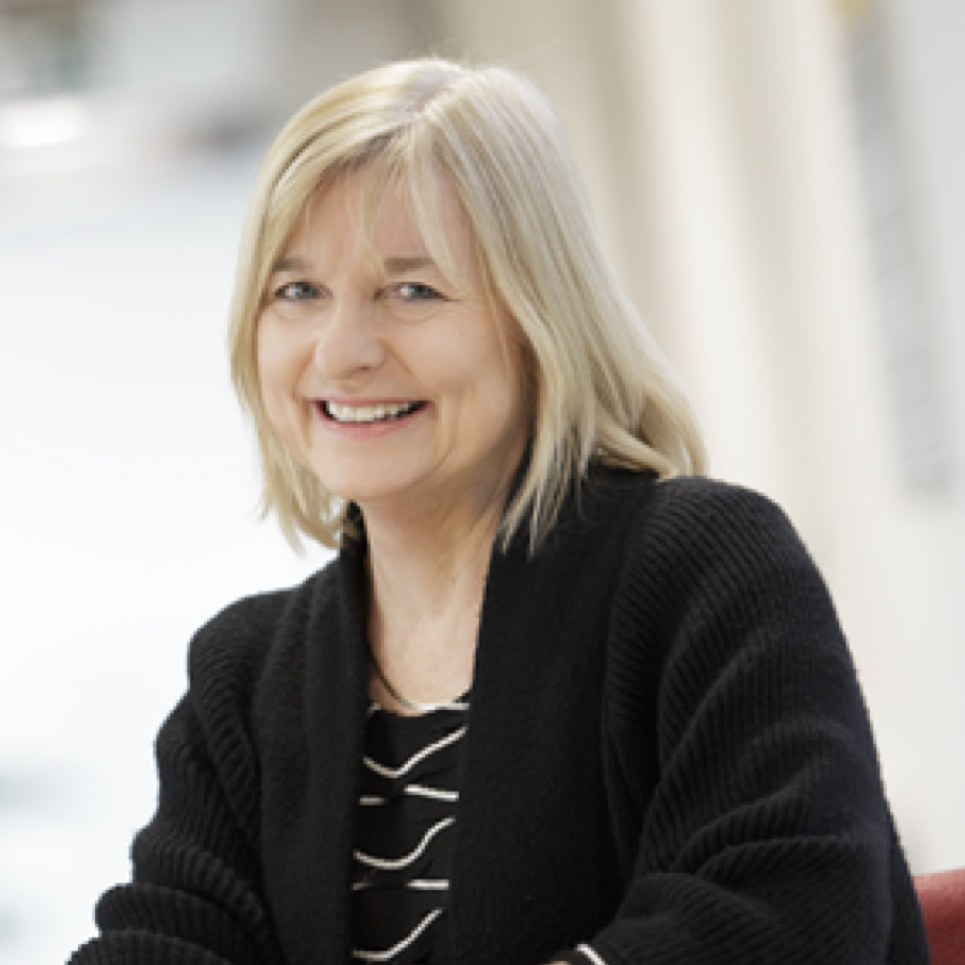 Helene McNulty is Professor of Human Nutrition & Dietetics in the School of Biomedical Sciences and is Director of the Nutrition Innovation Centre for Food and Health (NICHE), a centre of excellence for nutrition research at Ulster University. She is an elected Member of the Royal Irish Academy and Fellow of the International Union of Nutritional Sciences.  The purpose of her research – with particular expertise in folate and metabolically-related B vitamins – is to provide greater understanding of nutrition-related health issues, to achieve tangible impact to facilitate policy aimed at disease prevention, and to drive innovation activities. Apart from managing a large nutrition research group, Helene is actively involved in lecturing in Food, Nutrition and Dietetics at undergraduate and masters levels, and in supervising research students to PhD level.  In collaboration with international partners at UBC Canada and UCC Ireland, Helene’s role as co-investigator in the DERIVE project is to help build on Ulster’s research focus on the health impacts of riboflavin, its interaction with related B vitamins and genetic variants, which began 25 years ago. 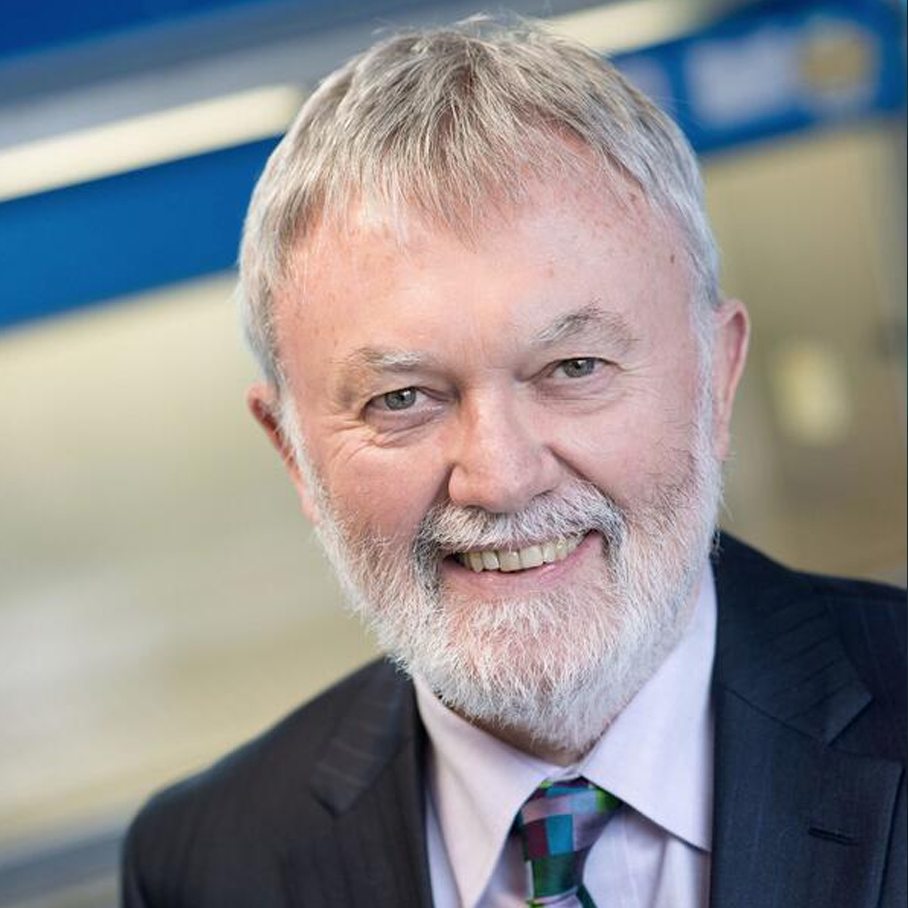 Sean (JJ) Strain is Emeritus Professor of Human Nutrition, Ulster University. After graduating with a BSc (Chemistry), BAgr (Agricultural Chemistry) and PhD (Nutrition Biochemistry), from Queen’s University, Belfast, Sean spent several years (1977-1980) in academia in Australia before joining his current institution in 1981.  He was appointed Professor of Human Nutrition in 1994 and was also Director of the Northern Ireland Centre for Food & Health (NICHE) before retirement in December 2015.

He has attracted over £35M in research grants and is an author of over 300 peer-reviewed research publications (H-index =48).  In 2002, he was elected a member of the Royal Irish Academy and was the 23rd President of the Nutrition Society (2010-2013). In 2014, he was appointed Order of the British Empire for services to nutrition research and education. Other prizes include the British Nutrition Foundation Prize 2012 and the William Evans Fellowship, University of Otago, New Zealand. He was President of the European Nutrition Leadership Programme, Luxembourg, Vice-Chairman, Panel on Dietetic Products, Nutrition and Allergies (NDA), and Inaugural Chair of the NDA Working Group on Claims, European Food Safety Authority (EFSA) Parma (2006-2015). He remains a member of the Claims Working Group and chairs the Science Advisory Panel to High Value Nutrition, New Zealand 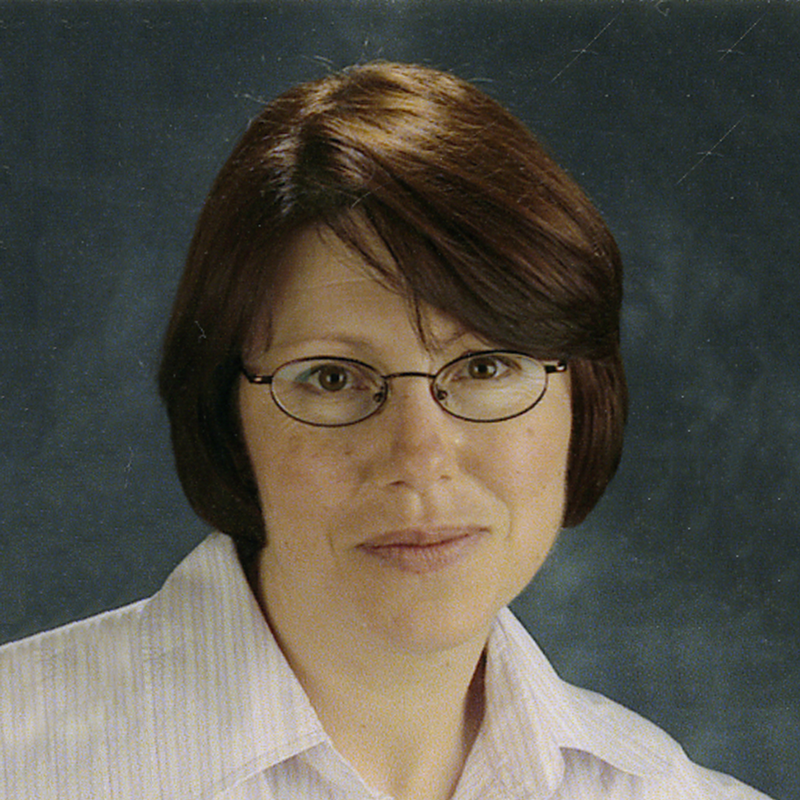 Kristina Pentieva is Professor of Human Nutrition in the Nutrition Innovation Centre for Food and Health (NICHE) in the School of Biomedical Sciences, Ulster University. She has worked in the area of micronutrients and human health for more than 25 years and her research has been supported by the UK Research Councils, public agencies, the European Commission and charities.

She has generated more than 80 scientific papers which are published in high quality peer-reviewed journals across several disciplines. She is a member of the Scientific Panel on Dietetic Products, Nutrition and Allergies (NDA) at the European Food Safety Authority (EFSA) which is the body responsible for providing independent scientific advice to the European Commission, the European Parliament and the EU member states on matters related to human nutrition. She is also a member of the Working Group for updating the recommendations for vitamin intakes of the European population at EFSA. 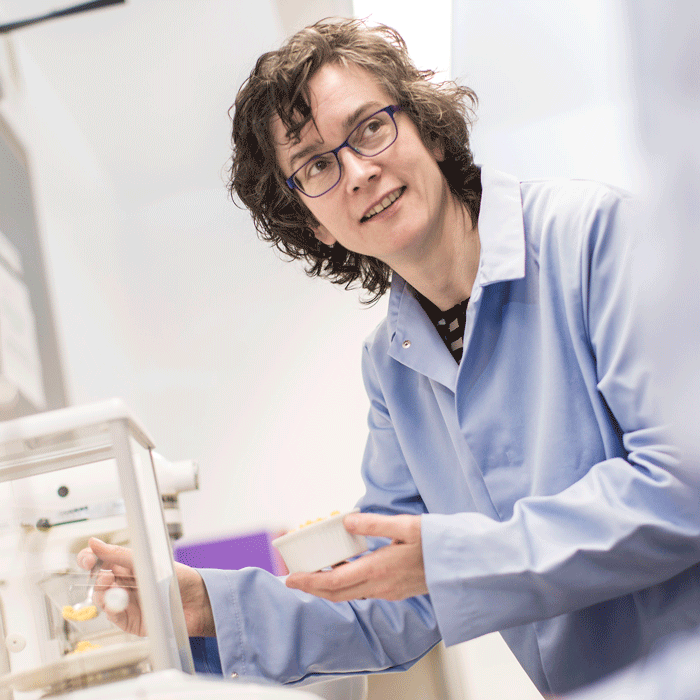 Liadhan McAnena is a Scientific Officer in the Nutrition Innovation centre for Food and Health at Ulster University.

Her research areas include the development of novel food products and food supplements, nutrient intake and bioavailability, and the assessment of markers of micronutrient status. She has particular expertise in human intervention trials and in the assessment of B-vitamin status. 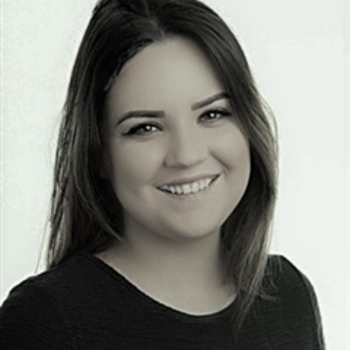 Aoife Caffrey is the Postdoctoral Research Associate on the DERiVE project at NICHE, Ulster University. Aoife graduated with MSc Human Nutrition in 2014 and subsequently worked as a Research Associate at NICHE, Ulster University. In February 2016, Aoife commenced her PhD research studies on ‘Maternal folate nutrition and offspring health’, under the supervision of Prof Kristina Pentieva and Prof Helene McNulty.

Aoife’s research interests include the role of folate and related B-vitamins on health throughout the lifecycle. Her work to date has led to publications in The American Journal of Clinical Nutrition, Clinical Epigenetics and Proceedings of the Nutrition Society. Aoife has presented her findings at both national and international scientific conferences, including the International Union of Nutritional Sciences (IUNS) International Congress of Nutrition in Argentina (2017) and International Conference on Homocysteine and One-Carbon Metabolism in Denmark (2017) and Spain (2019). 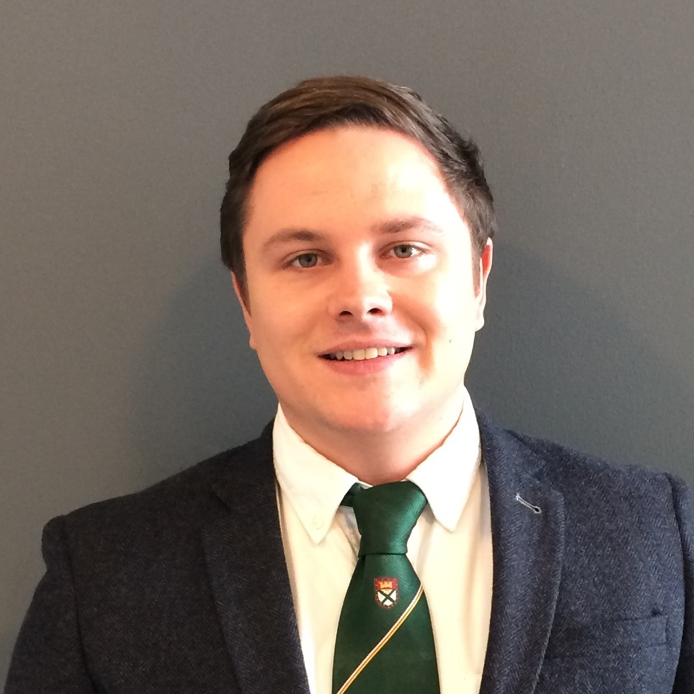 Harry Jarrett completed his undergraduate degree (BSc with honours, first class) at the University of Exeter and was awarded an Exeter postgraduate scholarship of education (£10,000) to complete a Master’s degree. Harry was part of a research group assessing the influence of nutritional supplementation on peripheral vascular and cerebrovascular function and cognitive function in older adults, this became the focus of Harry`s thesis.

Upon graduating, Harry was awarded a Distinction and an Exeter Postgraduate Commendation in recognition of his excellent academic work and contribution to research. Broad research interests concern the role of B-vitamins in the prevention of chronic diseases, specifically cardiovascular disease and dementia through modulating blood pressure and vascular function. 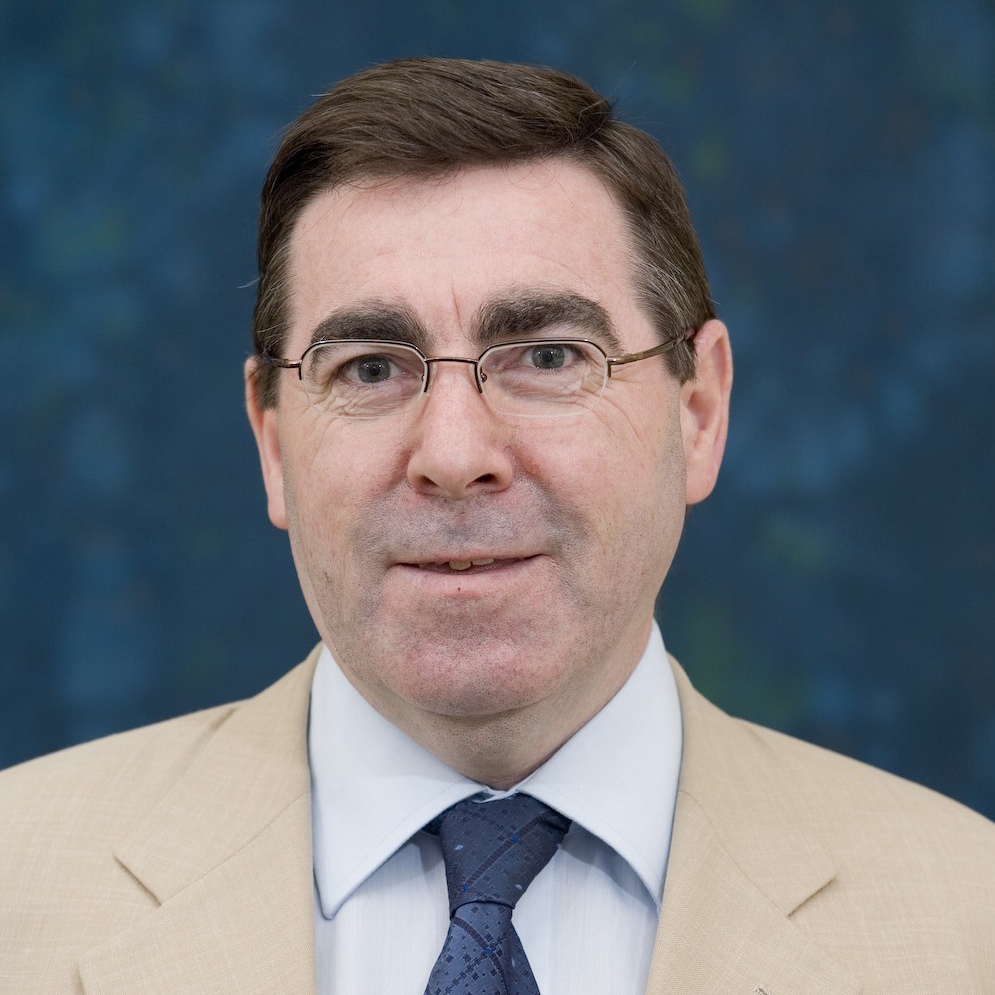 Albert Flynn is Professor in Nutrition in the School of Food and Nutritional Sciences, University College, Cork.  He leads the UCC National Dietary Surveys Research Group investigating the dietary intake of the Irish population and its potential impact on nutritional status and health. He has published widely in the field of human nutrition, public health and food safety, including nutritional intake and status of population groups, food safety risk assessment, food fortification and risk benefit assessment of nutrients. He has extensive experience in providing scientific advice to national and EU government agencies on human nutrition and food safety issues related to food policy and regulation. 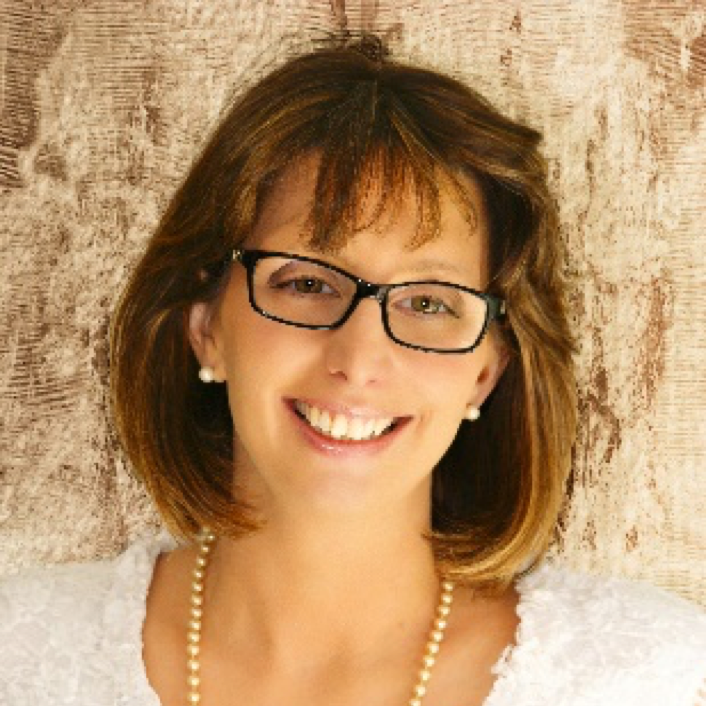 Janette Walton is a lecturer in Nutrition and Food Science and is a Principal Investigator on the dietary surveys research activity in Ireland. This research involves the investigation of the dietary intake of the Irish population and its potential impact on nutritional status and health. She holds primary responsibility for the management of the resulting databases and the dissemination of the research findings. She has published over 60 peer-reviewed research papers and has been awarded over 1.7M euro in research grant income. She has been a member of the UK Nutrition Society since 2002 and has recently (2016) completed a 5 year term as membership secretary on the Irish Section committee of this learned society. She is currently a committee member of the Public Health Nutrition sub-committee of the Food Safety Authority of Ireland. 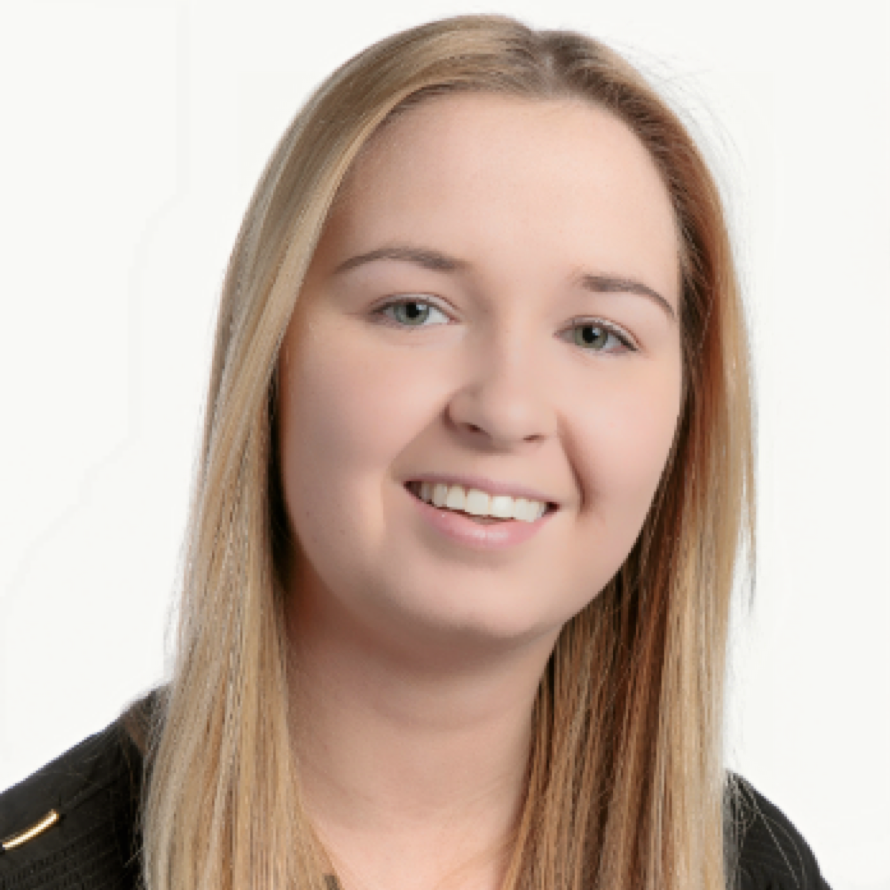 Laura Kehoe is currently a PhD candidate in the School of Food and Nutritional Sciences in University College Cork. Laura has been working within the National Dietary Surveys Research Group since 2014 during which time she has completed an MSc and contributed to both national and international projects using data from the Irish National Dietary Surveys (www.iuna.net).

Laura’s research interests include dietary strategies for achieving nutrition goals in vulnerable population groups, specifically the role of fortified foods and nutritional supplements and modelling of food intake data to examine the impact of fortification or dietary substitutions on diet and health. She has been a member of the Nutrition Society since 2014 and is currently a student representative on the Irish Section committee. She has published a number of peer-reviewed papers and research abstracts and presented at a number of conferences both nationally and internationally.

Laura is currently working on the DERIVE project with a specific aim to validate plasma biomarkers that reliably reflect riboflavin status and dietary riboflavin intake levels in population-based cohorts from Ireland and Canada. 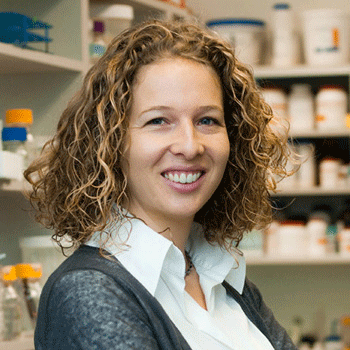 Yvonne Lamers holds the Canada Research Chair in Human Nutrition and Vitamin Metabolism and is an Associate Professor in the Food Nutrition and Health Program in the Faculty of Land and Food Systems at The University of British Columbia (UBC) and an Investigator at the BC Children’s Hospital Research Institute, Vancouver, Canada.

Dr Lamers leads the UBC Nutritional Biomarker Laboratory using state-of-the-art technology to quantify direct and functional indicators of micronutrient deficiencies. Dr Lamers’ research focuses on B-vitamin metabolism with the overarching goal to identify biological mechanisms linking nutrition, health, and disease and to evaluate optimal vitamin status to maintain biochemical functions. Dr Lamers has established a translational nutritional research program with the goal to contributing new knowledge that can be applied in clinical practice and public health for the benefit of individuals and vulnerable population groups. 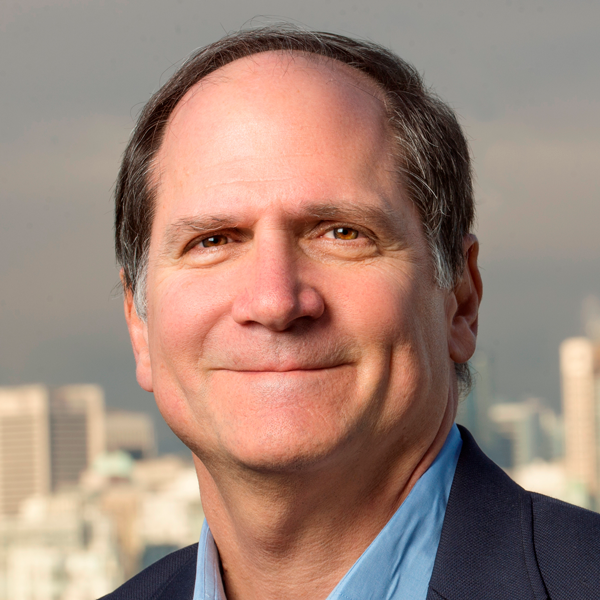 John Spinelli is the Vice President, Population Oncology at BC Cancer. He is also a Distinguished Scientist at the BC Cancer Research Centre and Professor at the School of Population and Public Health at the University of British Columbia. Until recently, he was the principal investigator for the BC Generations Project, the largest health study ever undertaken in British Columbia.

Dr. Spinelli’s primary research focus is on the identification of environmental and genetic risk factors for cancer and in the interaction between genes and the environment, particularly for lymphoid cancer (lymphoma and myeloma) and breast cancer. He has made contributions to our understanding of the etiology of cancer, including key findings on occupational and environmental causes. He is also active in the development of statistical methodology for epidemiology and other areas of health research. Dr. Spinelli is the author of over 250 peer reviewed publications. 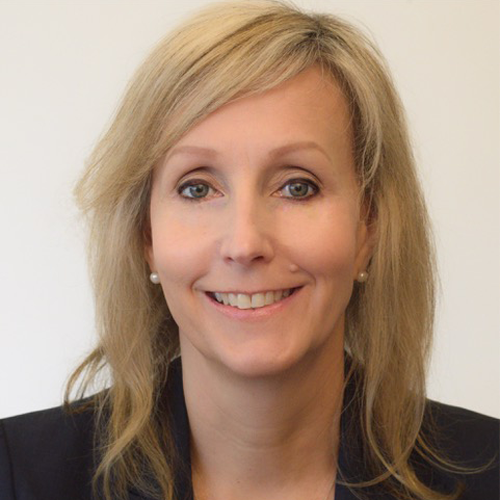 Dr Devlin’s research program encompasses basic biomedical and clinical research. The focus of her work is on determining roles for prenatal and childhood dietary and metabolic factors on the development of cardiometabolic disease. A particular focus is on identifying targets to prevent cardiometabolic complications in high-risk children, such as those with mental health conditions and type 1 diabetes. Her research program is supported by funding from CIHR, NSERC, Heart and Stroke Foundation of Canada, BC Mental Health & Substance Use Services, BC Children’s Hospital Foundation, and the Canucks for Kids Fund. 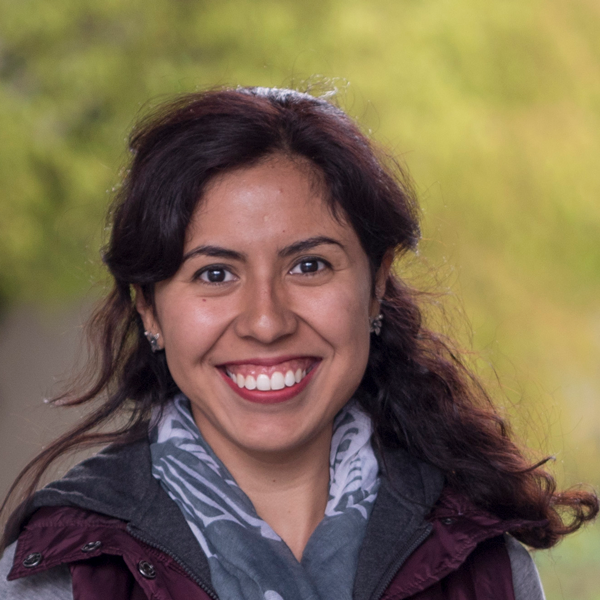 Nadia Moran Garcia completed her PhD in Molecular Biomedicine in the Center of Investigation and Advanced Studies of the National Polytechnic Institute (CINVESTAV-IPN) in Mexico City in 2018.

While her PhD studies focused on the development and characterization of diarrheagenic, infectious disease models and her academic background is in chemistry, pharmaceutics and biology, she has had a strong interest in the interdisciplinary field of nutrition since her undergraduate studies. Nadia gained her first research experience as part of her social service and undergraduate thesis project on an animal study investigating the effects of maternal protein restriction during gestation and breastfeeding on offspring development at the National Institute of Nutrition “Salvador Zubiran” (INNSZ) in Mexico City. For her Master thesis research that she conducted at the CINVESTAV-IPN, Nadia worked on the effect of combined vitamin A and zinc supplementation in children on the prevalence of diarrheagenic E. coli groups, that are important etiological agents of pediatric diarrhea.